City of Heroes on Linux

Homecoming Developers do not support any client bugs on Linux. If an issue cannot be reproduced in a Windows client, Linux specific bugs will be given a form response and closed without resolution. Please use the Homecoming Forums for Linux client support from other users.

It is possible to run City of Heroes on Linux through a technology called WINE (WINE Is Not an Emulator). By porting the Windows API libraries that City of Heroes uses to Linux, WINE effectively "fools" City of Heroes into thinking that it is actually running on Windows. 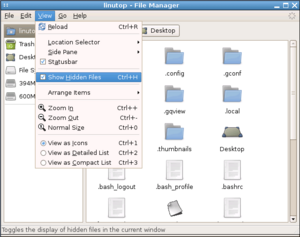 If you can only see Desktop, Images, Documents and similar folders in your home folder, make sure "Show hidden files" is checked in your File Manager first. ".wine" should appear normally. 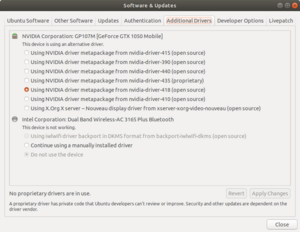 NVidia users: higher numbers will support newer features, lower and older numbers are more stable if the higher numbered ones have problems. Don't use server drivers or "Nouveau", they won't allow City of Heroes to launch.

For sake of brevity, we'll assume you have a working Linux installation that is fully patched. The distro does not matter. Also assuming a 64-bit system and you can replace "usernameGoesHere" below with your Linux username where needed.

As with any file or folder starting with a period, ".wine" is hidden from directory results. (See upper right photo and caption.) Once installation finishes you can run the game from /home/usernameGoesHere/.wine/drive_C/Games/Homecoming/bin/win64/launcher.exe using either Lutris or making a shortcut to the location. (For a Gnome-based distro, for example, it could be as easy as visiting ~/.local/share/applications, then copying an existing shortcut and naming it Homecoming.desktop, and finally edit the new shortcut in a text editor with correct values.)

It is also important to note this procedure is sufficient for a single-user Linux system alone. For a multiuser system, either you need to repeat the procedure for each user (and sufficient disk space is required: 6-12GB per user), or configure permissions to allow multiple users access to the same WinePrefix.

Linux has different system requirements than Windows. For binary video card driver releases City of Heroes will only run on a current video driver that compiles with a Linux Kernel. When NVidia, AMD, or Intel drop driver support for a video card and the kernel fails to compile with the legacy driver in-place, you can no longer play City of Heroes on that system.

There is no specific date when this support ends; it will not be announced publicly when a software upgrade fails. The day that the video driver fails to recompile kernel modules for your current OS is when you need to decide. Possible fixes include:

The above does not mean your older card will not work today. It means if it stops working in the distant future, this may be why.

System Requirements are the same for a Linux system as they would be for a Windows system: 1 GHz Dual Core processor, 2GB of RAM, a video card capable of OpenGL 2.0/3.0, and 6-12GB free hard drive space. As a generality, if a system would not be able to play City of Heroes using Windows because of the hardware in use there's a good chance Linux won't work either.

Homecoming Launcher (and more importantly the City of Heroes client) is not compiled for ARM. Wine will not run HCLauncher on an ARM system without a Software Emulator for X86 apps. Single-Board Computers (Raspberry Pi and variants) will not run City of Heroes with Wine alone.

This also applies to Chromebooks with ARM chips (Rockchip, Qualcomm, Exynos, Tegra, etc.) A possible basis to start with would be QEMU, Box64, or a premade setup such as TwisterOS, but the broad swath of ARM systems available will not have sufficient hardware capability to expect useable performance to begin with.

A Chromebook running a Linux partition can run City of Heroes if Wine is installed and the Chromebook has sufficient specs to run the game if it had Windows installed (ex: Pixelbook Go, Samsung Galaxy Chromebook). This is not advised for the following reasons:

Dual Booting Linux on a Chromebook

This section contains information that no longer applies: You cannot install or dual-boot Linux on currently sold devices to be able to run City of Heroes/Villains. It is provided for historical purposes.

Chromebooks can also be reformatted using a third-party firmware such as MrChromebox and either dual-booting a Linux installation, or replacing Chrome OS. Either method, Wine performance would be close to native execution. Once dual-booted or running Linux alone, the installation of City of Heroes above will suffice to install the game.

As advised by firmware providers, using a lightweight distribution of Linux for lower-spec Chromebooks is a good idea: look for a distribution using LXDE, XFCE, or Openbox as a desktop over a full experience like Ubuntu, Debian, or Fedora. GalliumOS works the best with a high-percentage of compatibility with Chromebook hardware. Options such as Lubuntu, Trisquel Mini, Puppy Linux and BunsenLabs are also possible with a little work on drivers and minor fixes on your part.

However, this isn't a recommended method going forward: Chromebooks released after 2018 no longer permit a dual-boot or ChromeOS replacement scenario with Intel/AMD processor support.[1] Users seeking hardware to play Homecoming: City of Heroes for under $400 are better served with Windows laptops at that price range.

The primary advantage of this type of abstraction is that programs do not have to worry about the hardware-specific details of every device that is installed. Before this level of abstraction was achieved, every program had to have special drivers for every device that might be used. Now, only one set of drivers must be installed on Windows, which can be shared through a common set of functions that Windows provides (called the Application Programming Interface, or API).

A special set of functions may be grouped into a programming library. Such libraries typically handle some specific functionality. For example, there are two primary graphics libraries in use today to program games: Microsoft's DirectX, and OpenGL, an industry-standard graphics library. Since DirectX is a proprietary software library, programs that use it will typically only run on Windows. Since OpenGL has Windows and Linux versions, however, programs that run using this library are much more easily converted between Windows and Linux.

The open source community developed an application called WINE that provides a layer of abstraction between Windows programs and the system they're running on by taking the place of the Windows kernel and API. Among other things, it implements much of the DirectX library (converting the 3D parts to OpenGL). When WINE is installed on Linux, programs that use DirectX may be able to run, because they believe they are calling DirectX functions, and those functions work similarly under Linux and Windows.

City of Heroes in particular already uses OpenGL for its 3D graphics (while using DirectX primarily for input), which gives it a performance advantage when running through WINE.

WINE - Wine is Not an Emulator.
The app compatibility layer that can be optionally installed on *nix systems (Linux, including Debian, Fedora, and FreeBSD variants, Android and MacOS under the Darwin project) to allow x32/x64 Windows apps to run at close-to-native execution. Wine includes libraries, system files, and enough of a Windows filesystem to fool most Windows apps into thinking they're running on Windows itself.

OpenGL & Vulkan - Graphics Libraries.
OpenGL was originally created by Silicon Graphics Inc. as an open source graphics library for game and 3D programming use. Later adopted by the Khronos Group OpenGL is a legacy standard on most graphics cards succeeded by the backwards-compatible Vulkan standard. City of Heroes uses OpenGL 2.0 and 3.0 features in the game engine.

DirectX - Microsoft's Gaming Support Library.
DirectX since the 2000's has been Microsoft's attempt to unify multimedia features of Windows with performance expectations for PC Gaming. While most games are shedding older versions of DirectX support, City of Heroes remains a DirectX 8 compatible title that is modified to work on newer versions. DirectX also includes Direct Input (an older gaming accessory signaling standard) and Direct3D (Microsoft's approach at OpenGL.)

DXVK - Linux Direct X to Vulkan Translation Layer
As graphics cards de-emphasize performance in legacy areas for more current standards Vulkan will receive more improvements over time over OpenGL. DXVK allows a modern graphics card to take current Vulkan support already in place to use on older OpenGL calls for a slight performance increase. (Lutris is a GUI Game Launcher that handles DXVK installation in the same package for you along with other optimizations as well.)

FUSE - Filesystem in USErspace
FUSE is Linux's approach at a secure file system for users to save configuration files, run local applications specific to each user, and store data secure from other users on the same system. A user's home folder in FUSE has the same shortcut: ~ (tilde), which can be used on a relative path similar to Windows %APPDATA% shortcut: "~/.wine/drive_c/" will always send you directly to your default WinePrefix's drive_c folder. When you have a WinePrefix installed it resides in userspace on your home folder. The apps you install and play are only available to you initially (without editing permissions or ownership) and other users will need to install their own WinePrefix as well. This separation prevents one user's Wine apps from affecting another and adds modularity. (Multiple WinePrefixes can exist per user, such as a work one vs. a home one, separate ones per game, etc.)

FUSE is preferable over another location such as /usr, /var, or /etc as it simplifies file changes, allows Windows file permissions to exist and ignore Linux attributes, and is safer to other users on the same system from a security standpoint.

Mesa - Freedesktop open source graphic drivers that are vendor-neutral.
Mesa graphic drivers are used as the core of most Linux distributions as they come with the installation regardless of what card you use. Certain cards such as Intel only use Mesa in their core setup and require no other proprietary drivers to work. Others use Mesa as a fallback or safety option when the main driver fails.

Nouveau - Freedesktop approach at a 100% open source NVidia video driver.
Nouveau was started in the 2000s as a response to NVidia's open source ambitions at the time (none would be fair to say). The effort is trying to make a video driver for NVidia cards without reverse engineering their proprietary drivers so it is compatible with GPL and Free Software standards. The downside to the current approach for gaming is Nouveau is aiming for legacy compatibility over new features. While Nouveau may be useable for gaming purposes someday it is not advisable to play City of Heroes using Nouveau at this time. (Users who have strong opinions on Free Software standards that prevent them from accepting the use of proprietary drivers on a Linux system may have an easier time seeking Intel, AMD and Radeon hardware over NVidia until this improves.)

Kernel Modules - Linux's approach at hardware driver support.
A kernel module is a compiled piece of software that "hooks" between the Linux kernel itself and the hardware system calls. Kernel Modules can be compiled when a system updates a hardware driver OR Linux Kernel. This causes the Kernel Module to recompile to handle the new instructions on either side. The focus on Free Software and Open Source code means that when a problem is found with hardware the community has the ability to handle it on their own; when proprietary drivers are used issues with Linux are 100% up to the hardware manufacturer to solve. Proprietary driver improvements have had middling to low results for Linux users historically. (Intel and AMD have had a far better track record of open sourcing their firmware code; NVidia since 2012 is improving gradually.)

The main sponsor of the Wine Project, Codeweavers, maintains a paid license of Crossover as a Prosumer Wine distribution offering tech support for use. It is important to note two things: