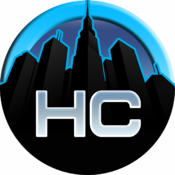 This covers Settings, Features, and Client Behavior. If you just want to start playing the game, return to Homecoming Launcher for installation instructions.

NOTE: This use of the client falls under the Homecoming multiboxing policy:
More info on the Announcements Forum. Note that this is not concerning the total online players on Homecoming itself. (Only for an individual shard: currently Excelsior, Everlasting, Indomitable, Torchbearer, and Reunion.)

Advanced Settings
These settings should only be used in specific scenarios or as extreme troubleshooting measures to resolve a problem.

Profile Settings
This only affects the profile selected on the left in the Settings panel, i.e.: Homecoming, Prerelease or Beta. There's a separate page for each profile.

Most of Homecoming Launcher is automated as much as possible, however, there are times where the Launcher has issues.

I installed Homecoming Launcher in the same directory as Tequila, now neither will launch the game.
Homecoming Launcher requires a NEW DIRECTORY. It changes the folder structure of the client, and very few files & directories from Tequila match up to the new client folder locations. They can not run from the same folder.

We suggest starting over in a new folder if you did this. If Homecoming Launcher doesn't find your Tequila install as a result, you'll need to copy any local files you need from the old locations to the new ones yourself, such as costumes, power customizations, and architect files. There's a forum thread with more information.

When I run Homecoming Launcher, the screen is all black. -OR- I can see parts temporarily, but they disappear or turn black after moving away.
NEW - Go to Settings, Advanced Settings, check "Disable Hardware Acceleration", and close/reopen the launcher.
Note that this is a fallback to GDI rendering, which may not be as responsive as using the default.

When running Homecoming Launcher, there's no left sidebar with the Homecoming Logo or any cards with clients installed.
This happens on older betas of the Homecoming Launcher that run from "hcinstall.exe" rather than the actual launcher program, "launcher.exe" in the "\bin\win64" folder ("\bin\win32" if 32-bit). You can delete any "hcinstall.exe" files you find in your game folder or any download folders on your system once the installation has finished. If deleting the installer breaks the launch shortcut, it needs to point to the correct "\bin" folder copy of "launcher.exe".

Homecoming Launcher shows "Ready" on the game, but does not patch even when closed and reopened. When I launch the game, I get "Wrong Version" errors.
Close the Launcher. Head to "\settings\launcher\profiles" at the directory where the game is installed, and delete all the .json files you see. This will force them to be redownloaded. Restart Homecoming Launcher, and it will show the profiles as not installed. Click on the Install button, and it will update the files normally. (The client isn't being reinstalled from scratch. Any files that are correct will be verified and not changed.)

Homecoming Launcher doesn't launch the game. I get an error stating "The code execution cannot proceed because VCRUNTIME140.dll was not found. Reinstalling the program may fix this problem."
Either Windows Update has downloaded an update to Visual C 2015 Runtime that requires a system restart, or a reinstall of the runtime occured with another program that affected the one City of Heroes depended upon.

Note also that the architecture is important: if you are starting from scratch and you install "Visual C 2015 Runtime (x32)" on your system, you cannot use that runtime to play City of Heroes in x64 mode. You can either open the Settings panel on Homecoming Launcher (click the gear in the upper right) and set the Architecture to 32-bit (not recommended for newer systems), or go to the Microsoft website and install the x64 runtime. You can find it here. (Click Download, then choose "vc_redist.x64.exe".)

If you are on an older system that does not support 64-bit, your only choice in all of the above is 32-bit. "Visual C 2015 Runtime (x64)" will fail to install in the first place, you must choose "vc_redist.x32.exe" in the link above, and in Homecoming Launcher set your profiles to 32-bit mode.

I tried "Multiple Instances" mode, and when I log one in, the other one says "You have been forcibly disconnected...". What gives?
This is not a Homecoming Launcher issue. The same occurs when using two HC Launcher instances, running HC Launcher and Tequila in separate instances, multiple instances from Tequila to enter the game, or if you're using two separate computers to login at once on the same account. They're all the same to the server concerning account access.

The City of Heroes Server only allows one account logged in at a time. For multiple instance mode, every client launched needs a separate login into the game to be on at the same time. (Meaning a New Forum Account, then visiting Game Account Center to make a new username and password.) Also important to note: it is not possible to log in two characters from the same account online at once, and characters from one account cannot be transferred to another, even if you own both accounts.

I need to use a command argument to start the game, such as "-usecompatiblecursors". How do I do that in Homecoming Launcher?
Click the Settings button -OR- click the ellipses "..." in the bottom right corner and choose "Settings". You can enter these arguments in "Extra Launch Parameters." Parameters can be found in Game Client.

I royally screwed up my graphics settings for City of Heroes and had to resort to Task Manager and "End Task". When I run it again, I can't get to the Login prompt at all now.
Click the Settings button -OR- click the ellipses "..." in the bottom right corner and choose "Settings". Check the box for "Reset graphics settings on next run." Click "Close" and try it again.

I've used Tequila before, and Homecoming Launcher asked to copy my Issue 24 files and user data to the new installation. But my architect mission data and screenshots aren't present. Why?
The Launcher does not copy those files to reduce hard drive impact. Users with a large screenshot collection and/or architect mission data may run low on disk space if duplicated, impacting system updates or swap file use in Windows. You'll need to manually copy/move over any files from Tequila that you want to keep.

If you wish to use those tools, one possibility is keeping Tequila around and updating Homecoming Launcher separately. If you do not use Tequila to play Homecoming, patching on Tequila is not required to keep using Icon/Paragon Chat since those tools only use the Issue 24 files with no changes.

I use VidiotMaps or another mod that involves the Data folder. How do I install mods in Homecoming Launcher?
Same place as Tequila. The "\data" folder in the client can take those files. The same data folder applies to all launch profiles. As with Tequila and the Live Client if a mod is broken or causing problems, you can rename the folder to something else to run the client normally, or remove files in there that are causing issues.

If Homecoming Launcher is a Portable App, can I use it with a cloud-sync file service, such as Dropbox, Microsoft 365, or Google Drive?
Yes, however setup and maintenance is on your own. A good idea is disabling "passive update" features so running a patched client on another system doesn't cause errors (an example: on Microsoft OneDrive, right click on the client folder and choose "Always Keep On This Device". Check your sync status on all of systems and get in the habit of waiting for "Up To Date" from OneDrive before starting Homecoming Launcher.)

This doesn't save on bandwidth concerning updates, it only changes the server where the patched files come from. The practical reason to do this is to keep costumes and other local files in-sync everywhere you play the game. This doesn't affect server-based info, such as chat and window settings (which are saved on the server between sessions regardless of the system in use.)

Do I need to install Visual C 2015 Runtime on my other Windows systems as well, even if the Launcher and Client Files are an exact copy?
Yes. The client will not start without it.

Do I need to install Visual C 2015 Runtime on Mac or Linux?
This dependency is already covered in the Wine application package, and is not required for Mac or Linux gameplay. Updates to the runtime occur in the regular update process for Wine on your system.

So in theory, if I have multiple computers in the house and slow Internet, if I copy the Homecoming Launcher folder from a patched system and paste it to the same installation on other computers using a flash drive, that will patch systems, right?
Yes. Your client files will be included, so any costumes, screenshots, data folder mods, or Architect Missions will go with it as well.

Homecoming Launcher also has a command line app to use in Windows to perform patching and launch the game by script. Assuming you choose the default directory, and you use the 64-bit client to play the game, the file is located in "C:\Games\Homecoming\bin\win64\launchercli.exe".

The following arguments work with LauncherCLI.exe.

To be able to use these commands anywhere in your filesystem, a possibility is adding your directory containing the "LauncherCLI.exe" file to your environment's PATH variable. (i.e.: typing "LauncherCLI update live" anywhere on your system drive in Windows Command Prompt will patch your client.)