The Zombie Apocalypse is a zone event that uses the Rikti World Invasion engine, added to the Halloween Event in 2008. Random zones throughout the game come under attack for periods of time. The start and end of an apocalypse event are broadcast on the appropriate Hero or Villain event channel. The sky of an invaded zone turns red, and zombie hordes begin to attack very similarly to the troop phase of the Rikti invasions.

When a zone is invaded, the following occurs for all players, Hero and Villain alike, on the server:

For further details about how invasions choose targets and determine what rank of zombies to spawn, see Rikti Invasion Mechanics.

It has been confirmed by Positron that the event is player triggered, and continues to be able to be triggered even after the end of the Halloween Event. The exact triggering mechanics are not known yet; a strong possibility appears to be a 20% chance for a Zombie Apocalypse (in both a hero and a villain zone) when costume salvage is redeemed at either Granny Beldam or Annah.

These badges are unlocked by defeating the Zombie Apocalypse zombies (not to be confused with the Trick or Treat zombies). 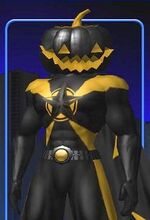 You've taken down 100 Zombie Minions, showing you have Glimpsed the Abyss.

You've taken out 33 Zombie Lieutenants, proving that there is Safety in Numbers.

You've defeated 25 Zombie Bosses, making your place of occupation a Home of the Dead!

You've helped take down a Zombie Elite, showing you are an Apocalypse Survivor!