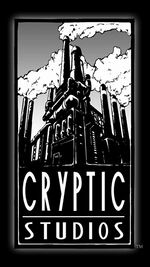 (Note this information has not been updated since the game's shutdown in 2012.)

Cryptic Studios was founded in 2000 and is based in Los Gatos, California. It was founded by Michael Lewis, Rick Dakan, Bruce Rogers, and Jack Emmert. Cryptic launched City of Heroes on April 27th, 2004 and then City of Villains on October 31, 2005. The studio has produced two MMOs since City of Heroes. Champions Online launched on September 1, 2009 and Star Trek Online launched on February 2, 2010.

Origin of the Name

Rick Dakan and Jack Emmert wanted to name the company Crypteia. The Crypteia were Spartan Warriors that preyed on the Helots, ancient Sparta's slave population. [3] Bruce Rogers thought it was too cryptic and suggested that their new company be called Cryptic Studios. [4]