Paragon Studios formed from NCsoft purchasing Cryptic Studios' half of the "City Of" franchise's Intellectual Property (I.P.). The purchase was announced on November 6, 2007. At the time of the purchase, "City Of" was developed by a mere fifteen people (the Freem Fifteen); most of those developers for the game left Cryptic and moved over to the new studio (15 miles from Cryptic Studios). They completed moving to the new studio on December 18, 2007.

Previously most often called NorCal Studios, they adopted the Paragon Studios name on April 14, 2009. Paragon Studios was officially closed when NCsoft announced the sunsetting of City of Heroes on August 31, 2012, with just a skeleton crew remaining to monitor the servers and community presence until the shutdown on November 30, 2012. Paragon Studios employed a maximum of roughly 80 people at the end. 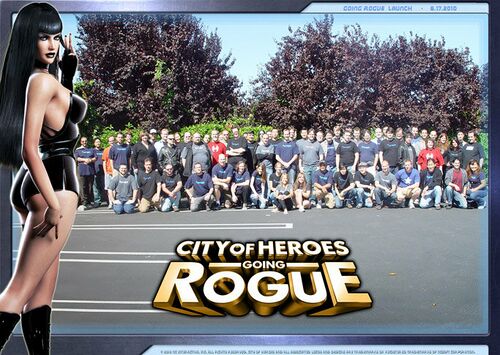 Please note that the QA department is from NCsoft, though they may or may not assist Paragon Studios directly.
Red Skeleton (CoH QA Lead)

Please note that the sound/music department is from NCsoft, though they may or may not assist Paragon Studios directly.
Michael Henry, Joe Lyford

Former Staff Prior to Shut Down