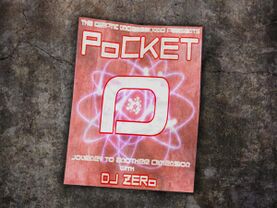 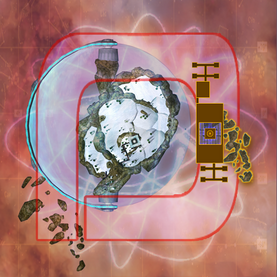 Pocket D is a first rate night club occupying a self-contained pocket dimension created from nothing by DJ Zero. Pocket D is a no-fire zone where Heroes and Villains can mingle safely. Pocket D opened up after the hero-only Paragon Dance Party shut down.

Apart from the Rikti War Zone and Cimerora, Pocket D is one of the only other zones in which Heroes and Villains can team together. Several special events have introduced special missions that could be run by mixed teams of heroes and villains, including a few missions that required teammates from both sides.

The Tiki Room and the Ski Chalet are both located in Pocket D. As of Issue 25, the Hero Vault Reserve closed and was replaced with a suite of Architect Entertainment consoles and teleporters. (The Villain Vault Reserve still functions for Heroes.)

Pocket D has been a key location during several special events, although on Homecoming it is more likely Echo Plaza would be used.

Cuppathon
The farewell party for the widely admired CuppaJo had several events in Pocket D, including the CuppaCloning costume contest.
Anniversary Events
Many anniversary events include a party with Red Names in Pocket D, whether on the "Live Servers" or the Training Room (Test Server). Themes may or may not be in effect; when a theme is announced, there is typically a costume contest with prizes given out by the developers.
Valentine's Event
The 2006 Valentine's Event introduced missions from contacts that temporarily appeared in Pocket D. For the first time ever, Heroes and Villains could team up. Every year since, the Valentine's content has repeated, sometimes with expansions on the details.
Winter Event
The 2006 Winter Event introduced the Ski Chalet, from which Father Time asked both heroes and villains to save Baby New Year. Heroes and villains could team together for his missions. Every year since, the Winter content has repeated, often with expansions on the details.

During the Valentine's Events, there are two additional bartenders in Pocket D who sell temporary powers.

There are no neighborhoods explicitly marked on the Pocket D map. However, there are a few areas that are recognized as being different.

The 'Fambly', as Joe Young would call them, had been dipping their fingers into the RMFC for some time. As luck would have it, DJ Zero offered Joe and Cornelius a chance to expand their business venture. The Monkey Fight Club Arena and Pocket D are a one-two punch that will certainly be a knockout!

You spent your free time mingling with both the heroes of Paragon City and the villains of the Rogue Isles in Pocket D earning yourself the Clubber Day Job. Logging out in Pocket D will earn you a bonus to your out of combat Recovery, when you log back in, for a short time.

The entire zone is a Clubber day job location, except for the following specific locations.

Your time spent working with the financial institutions of Paragon City during your free time has earned you the Banker Day Job. Logging out in a Vault will earn you an Influence Bonus, when you log back, in each time you complete a mission for a short time.

Your time spent staging heists on the various financial institutions of the Rogue Isles has earned you the Thief Day Job. Logging out in a Vault will earn you an Infamy Bonus, when you log back, in each time you complete a mission for a short time.

Praetorians who attempt to exit to Paragon City or the Rogue Isles will receive the following message:

As a Praetorian visitor, you may only access certain areas in Pocket D. You may not leave the premises.